American Rebel Safes have attitude and our CCW Gear is Patriotic!

It’s a time in America when national spirit and American values are being rekindled. American Rebel has a strong belief in the Constitution and the resources to be a strong advocate for the 2nd Amendment. We convey a sense of responsibility to teach and preach good common practices of gun ownership.

There’s a growing need to know how to protect yourself, family, neighbors or even a room full of strangers. That need is in the forethought of every product we design.

The concealed carry lifestyle refers to a set of ideas around the decision to carry a gun everywhere you go. The American Rebel brand strategy is similar to the successful Harley-Davidson Motorcycle philosophy. Our American Rebel Safes generate a similar emotion.  A former chief executive at Harley-Davidson said, “It’s not hardware; it is a lifestyle, an emotional attachment.” American Rebel makes a statement about who somebody is.

FAQ - Things you need to know 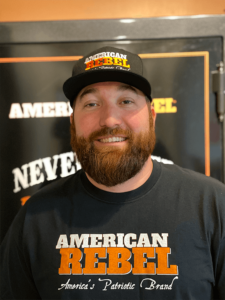 Welcome to American Rebel's patriotic family!  Located in Lenexa, Kansas, we offer the industries best customer service.  Our team of specialist are ready to answer any questions that enable you to enjoy and get the most out of your Patriotic product.

Whether you've forgotten a combination, need help swapping out an electronic safe lock battery or just have a simple question about the functionality of our product... we're here to help.

How can American Rebel Help?

Thanks for choosing American Rebel!

We’re dedicated to delivering your purchase as quickly and affordably as possible. We offer a range of delivery options, so you can choose the shipping method that best meets your needs.

Every country and shopper has their preferred method to pay online. We offering our buyers safe and convenient payment choices to help your sale go smoothly, earn your positive Feedback, and bring you back for more.